You may now Join the Association or Renew your membership on-line with a credit card payment!

And current members can update their Membership Account information anytime!

Get Involved & Take Action In Support Of Passenger Rail

Proposals for Service Improvements and Expansions

Planning and Management of the Empire Corridor 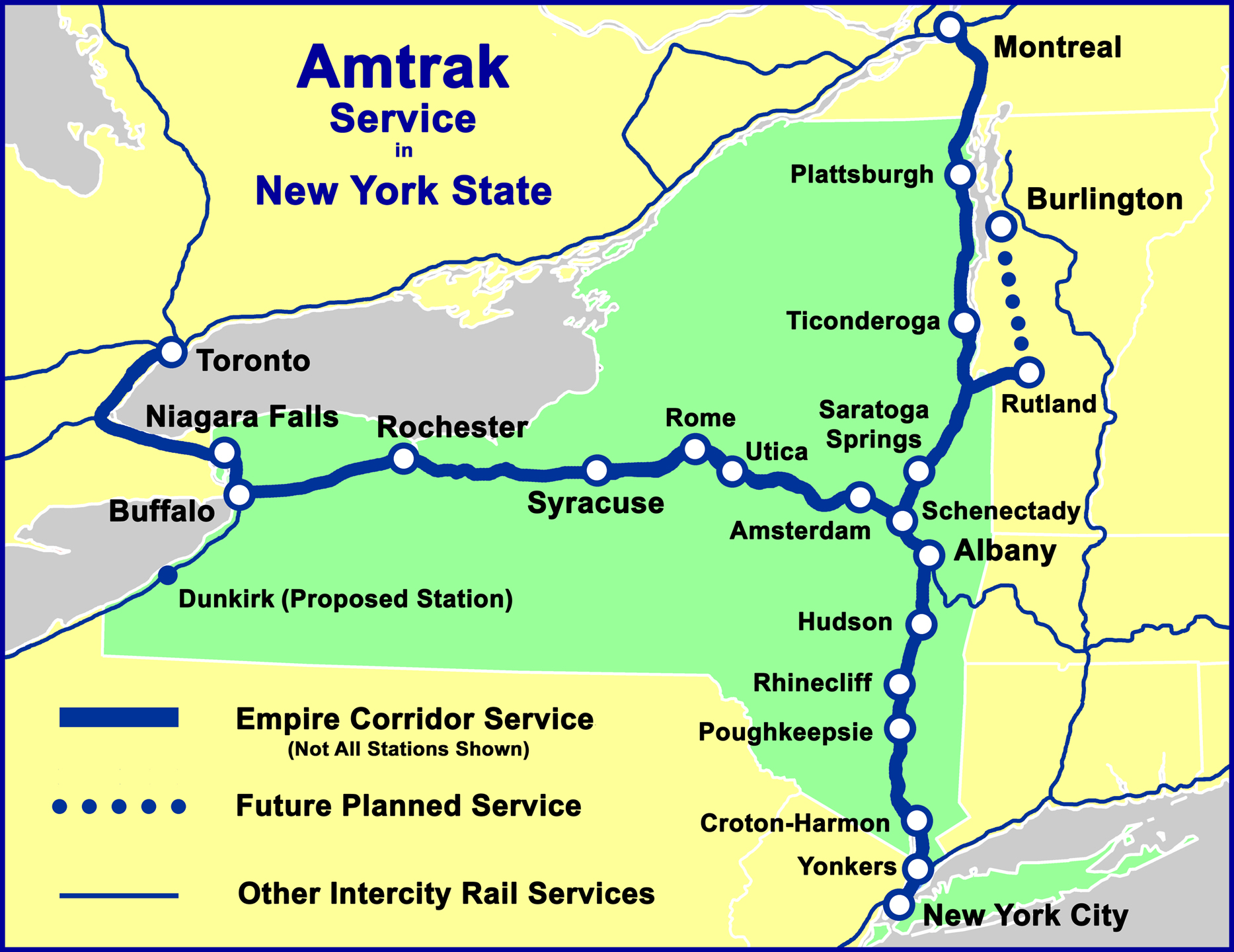 Get These Projects Funded Now!

Despite the lack of a Final Empire Corridor EIS, there are still a number of Intercity Passenger Rail Projects in the Hudson Valley and Upstate NY that could be Federally Funded by the Infrastructure Bill backed by President Joe Biden
Build Back Better

ESPA is very pleased to be a founding organizational member of the new Lakeshore Rail Alliance, which is advocating for increased & improved train service along the current Lake Shore Limited route between New York City & Chicago. All Aboard Erie (PA) is the host organization for this new collaboration of seven passenger rail advocacy groups along the route. At a Press Event held on July 27th, 2021 in Erie, PA, the Alliance was formally announced, along with an introduction of it's new Erie-based Executive Director Michael Fuhrman. ESPA's Bruce Becker and Roy Davis represented the Association at the event. 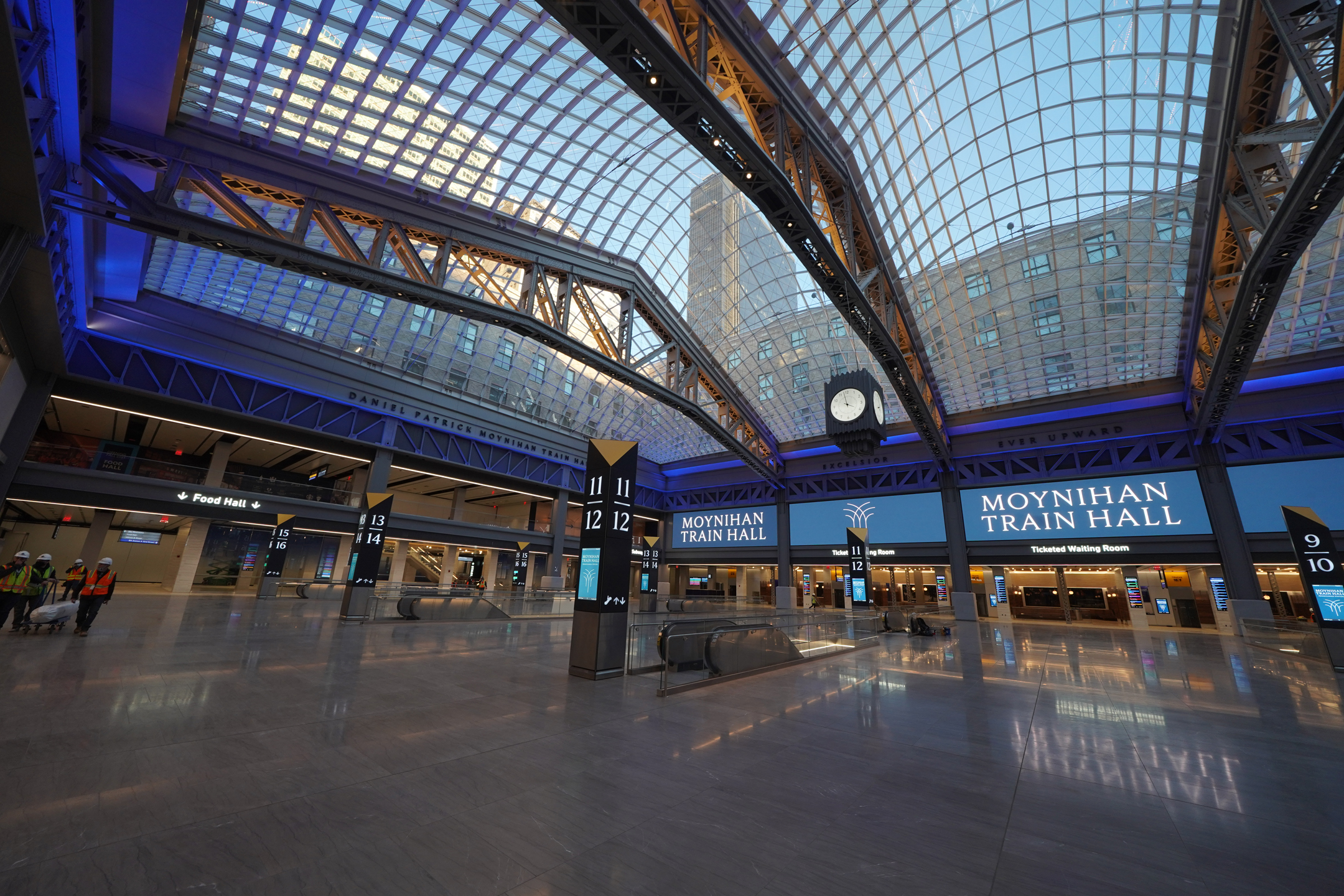 With a grand opening on Dec 31st, 2020 led by Governor Andrew M. Cuomo, the 255,000-square-foot Moynihan Train Hall was opened for passengers in the westward expansion of New York City's Pennsylvania Station into the 100-year-old James A. Farley Building. The East End Gateway to Penn Station at 33rd Street and 7th Avenue also opened on New Year's Eve. The new Moynihan Train Hall is named for former U.S. Senator Daniel Patrick Moynihan, who in the 1990s proposed and advocated for the surplus space in the historic Farley Post Office to expand the existing railroad station underneath Madison Square Garden. 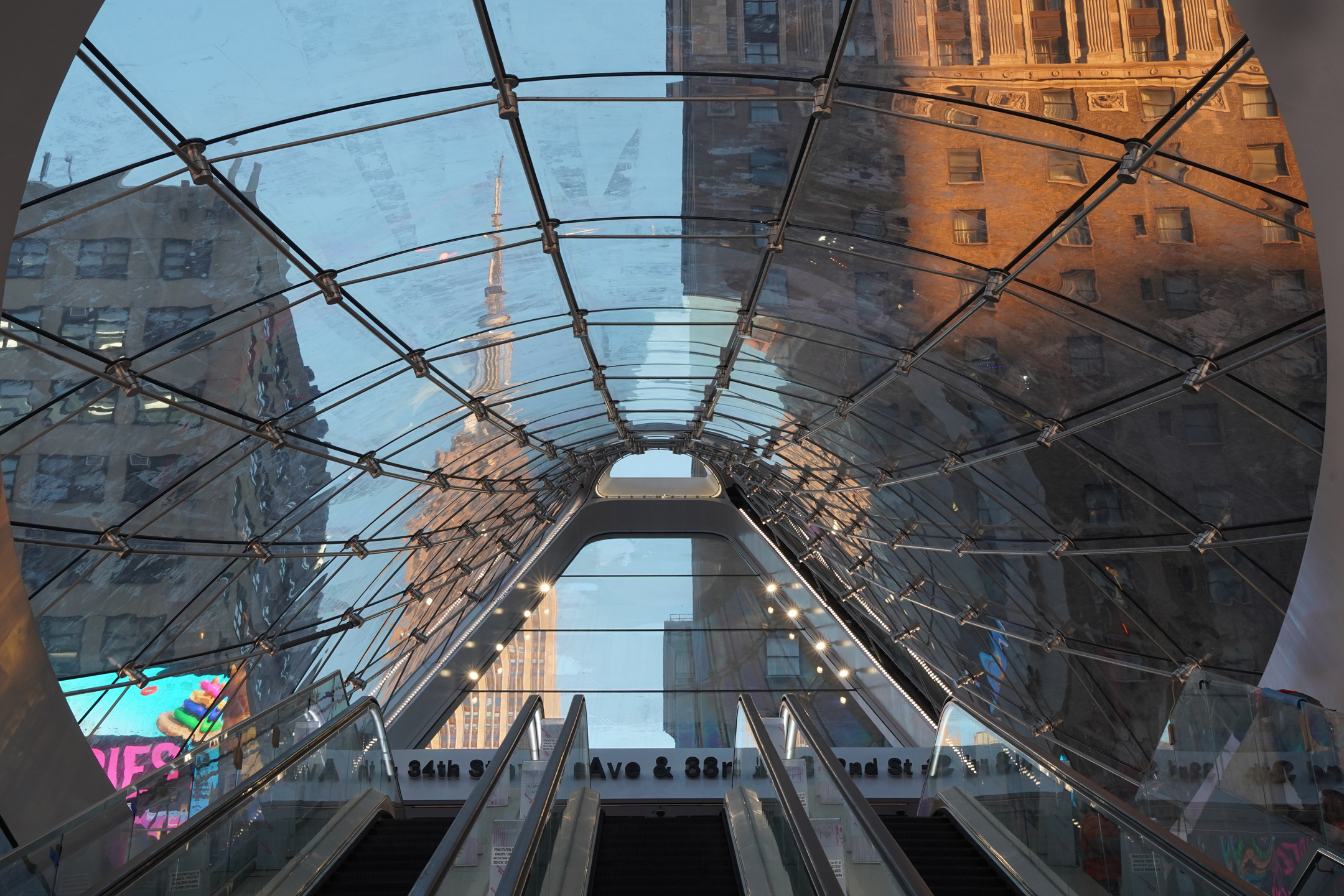 NEW BUFFALO EXCHANGE STATION IN THE HEART OF DOWNTOWN

Build on the historic site of the previous Exchange Street stations, the new station was constructed on time and on budget, being twice the size of the city's previous rail station. Providing travelers with a convenient and intermodal gateway to Buffalo's bustling downtown, the new station has easy connections to local bus and light rail service, with several hotels and attractions a short walk away. A tremendous improvement over the previous 1952-era facility, the rebuild and expanded station is a great addition to the rapidly-redeveloping and increasingly vibrant downtown Buffalo.

ESPA also joins the Saratoga Chamber and the Schenectady business community in asking New York State DOT to work with Amtrak to extend an existing Empire Service daily roundtrip to Schenectady and Saratoga, providing a early morning train down to New York City and a early evening train back up.
More Service Now

The Summer 2021 Edition Was Distributed To All Members With E-Mail Addresses On Record On September 29, 2021

Members Who Don't Have An E-Mail On Record Should See The Summer 2021 Arrive In Their Mail Boxes By October 25th.

The Fall 2021 Edition Is Scheduled To Be Produced By Mid-November.

Subject to Change Without Notice - Contact Amtrak to Verify All Service

To New York - Revised to October 2021 - SUBJECT TO CHANGE

From New York - Revised to October 2021 - SUBJECT TO CHANGE

Videos Of The Speakers & Presentations At The 2020 Annual Meeting Are Now Available.
ESPA YouTube

For the latest on leisure travel by Amtrak in New York State and Vermont! Award winning magazine and website!

Your Best Source Of Breaking Rail News & Commentary
Follow Us!